The Innisfail Merchants made their first ever appearance at beautiful Wally Footz field in Edmonton. Game one pitted the Merchants against the first-year Edmonton Padres in their inaugural matchup in junior baseball play. The Innisfail bats were strong against the upstart Padres on Sunday, but it wasn't enough as the Merchants fell 7-6 in a rain-soaked affair.

Despite the loss, Innisfail collected 11 hits in the high-scoring affair. Unfortunately, the Edmonton squad had six hits on the way to victory.

Innisfail opened up an early lead in the second inning when Griffin Moline had a run scoring single on a 1-1 count.

After the Padres scored their sixth run in the top of the fifth, the Merch answered with one of their own. Edmonton scored when right fielder Hayduk doubled in the shortstop Clifford who opened the inning with a bunt base hit. Innisfail responded when Dallen Anderson singled on a 0-2 count, scoring Innisfail’s fourth run.

Edmonton took the lead for good sending nine men to the plate and scoring four runs in the fourth inning. Innisfail pitching was let down by sloppy fielding as the Merchants committed crucial errors paired with a wild pitch to fall behind in the contest.

Edmonton pitcher Pankiw earned the complete game win for throwing 80 of his 120 total pitches for strikes. He surrendered six runs on 11 hits over seven innings while striking out six.

Rylan Zens took the loss for Innisfail lasting three and two-thirds innings, allowing four hits and five runs while striking out four. Jace Bruce came in for relief and proved to be very efficient in his three and one-third innings, throwing an average of 3.5 pitches per batter faced.

On offense the Merchants once again relied on first baseman Cody Thompson as he doubled off the outfield fence and put one out in the seventh inning.

Innisfail had 11 hits in the game with Thompson, Darin Fodor, Anderson, and Ty Ratzlaff all managing multiple hits.

The Padres collected six hits on the day with Hayduk and Worr each collecting multiple hits. As a team the Padres stole five bases during the game as two players stole more than one. 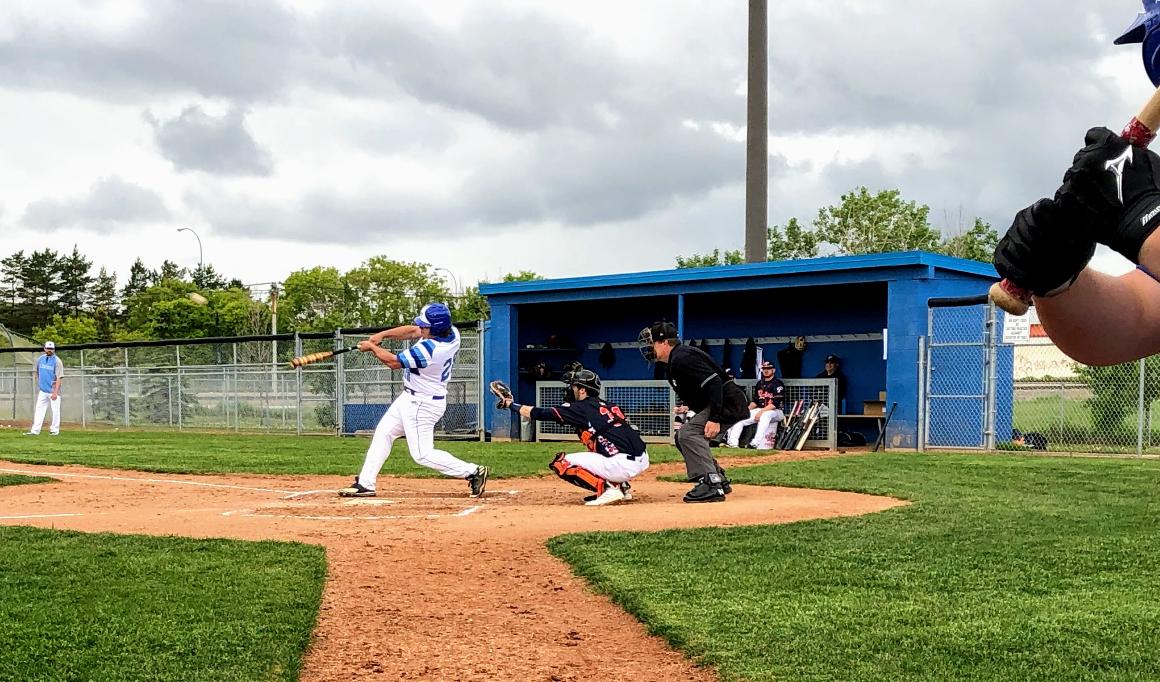 Despite seeing its five-run lead whittled down by the end, the visiting Innisfail Merchants still held off the Community Park Reds for an 8-6 victory on Sunday.

An early lead helped propel Innisfail to victory as they began their scoring in the second inning when Tyler Ratzlaff drew a walk, scoring one run, Clayton Kary's sac fly scored one run and shortstop Jacob Honke singled on a 2-2 count, to score two runs.

Brett Porter took the win for Innisfail, as he went six innings allowing six runs on six hits and striking out ten. Dallen Anderson threw one inning in relief out of the bullpen recording the last three outs to earn the save for Innisfail.

Innisfail’s Cody Thompson stepped up in a pinch-hitting role and once again took the opportunity to go yard in the seventh inning. Thompson currently leads the team in homeruns (4) hitting a long-ball in three straight games. Ty Moline went 2-for-2 at the plate to lead Innisfail in hits. The Merchants only managed five hits in the contest, but continued to be patient at the plate taking advantage of wild pitching with nine walks on the day.

The Innisfail Merchants will head out on the road next week as they play two games in two different cities on Sunday. The Merch will take on the Ft. Saskatchewan Red Sox in the morning before heading back to Wally Footz field for a rematch with the host Edmonton Padres. 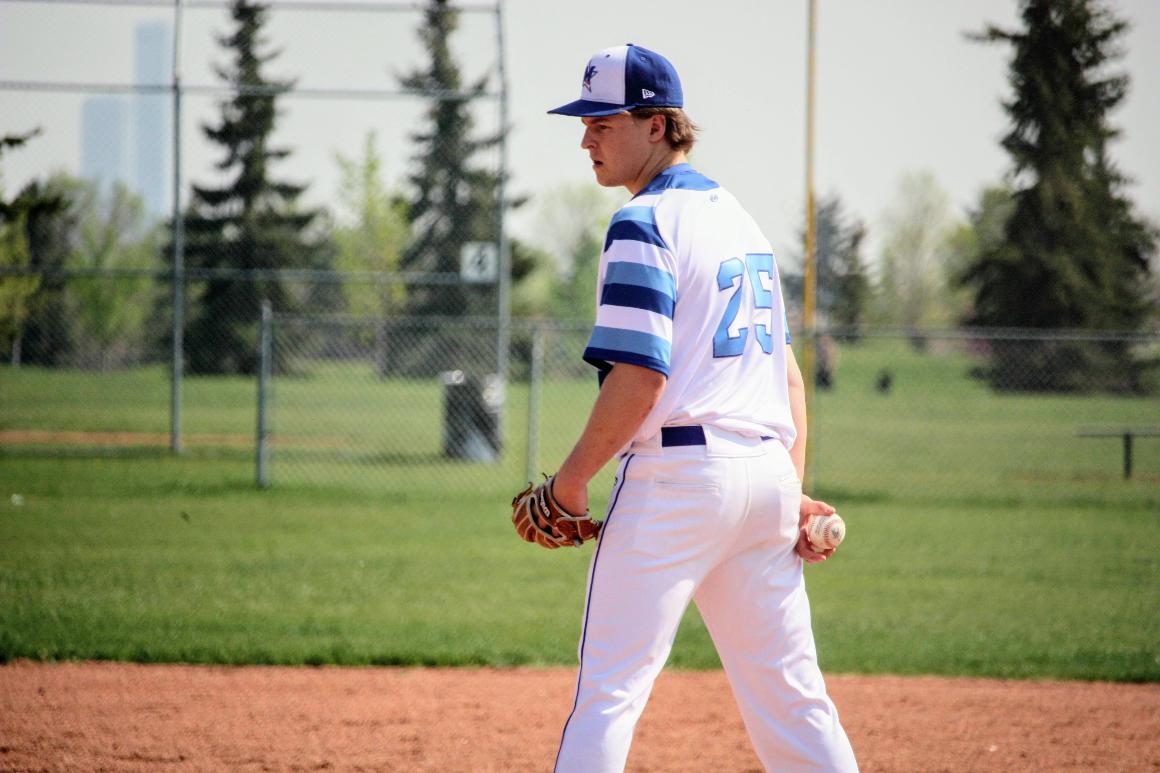